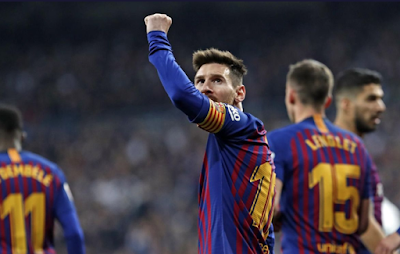 Luis Suarez’s brace sealed victory on Wednesday and a 4-1 aggregate victory for the LaLiga champions.

“Reaching a sixth final…I don’t think what we have achieved is something that will ever happen again in the Copa del Rey.

“We’ve won it a lot in recent years but we want to win it again. It’s special to qualify for a final. It’s actually been more out of habit than anything else. Turning things around against Levante and Sevilla and then this.

“It was an important win. Madrid were on top in the first half, but we took advantage of the space in the second half to win the game and the tie. It’s a great way to reach the final. Winning here and reaching the final is always a cause for happiness,” Pique told reporters at the end of the match.