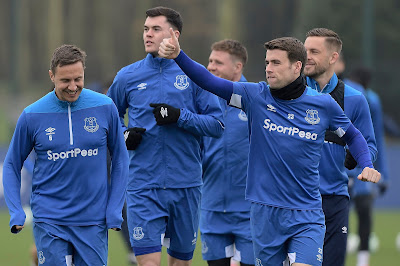 Hurting the leaders’ chances of winning a first league title since 1989-90 would please Everton fans Keane said, Liverpool are unbeaten in 18 games against their neighbours since a defeat in October 2018.

“We’re chasing seventh place ourselves, but in the back of our heads, if we can take points off Liverpool and get a win, that will dent their title chances which is great. That should make the fans happy.

Keane is confident they can climb to seventh and come into contention for a place in European competition, Everton, who were beaten 1-0 by Liverpool in December, are ninth in the table with 36 points.

“Seventh is still within our grasp. We know we’ve got the players capable of getting there, and we know we can put in the performances needed,” the centre back added.