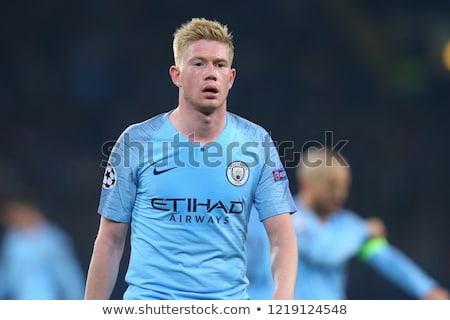 De Bruyne was substituted in the first half of the game with his replacement Riyad Mahrez scoring the winner to help the champions take a two-point lead over Liverpool, who are in action at Everton on Sunday.
Defender John Stones was also taken off but the England international’s problem is not as serious.

“Kevin will be out for a while with a muscular problem – hamstring. John I think is more precaution. We didn’t take a risk, we’ll see tomorrow,” Guardiola told the British media.

De Bruyne was one of the standout performers for City last season with 12 goals and 21 assists in all competitions but he has struggled with knee injuries in the current campaign, making 14 league appearances.
Guardiola suggested City’s busy schedule, as they compete for trophies in four competitions, has not helped.

“I think we’ve played 25 games in 93 days, one every three days, so it’s a physiological issue,” the Spaniard added. “The body is not able to recover so sometimes the muscle says ‘hello, that’s enough’.

“We don’t give players time to recover. We play a game, then after, when they are not recovered, we play another game. There is only a short amount of time and it is very demanding. But everybody’s committed and we’ll wait for Kevin to come back.”
City have 71 points from 29 games in the league.

England to learn from previous mistake after Kosovo match – Southgate